Malaysia is currently the second primary producer of palm oil in the world after Indonesia. Malaysia exports palm oil of 39% of world palm oil production and 44% of world exports. However, the oil palm planters in Malaysia are facing a devastating crop disease infection called Basal Stem Rot (BSR). BSR is mostly caused by Ganoderma boninense, which is a basidiomycete white rot fungus that will disrupt the water and nutrient transport to the upper part of the palm, thus causing frond Wilting, yellowing of fronds, unopened spear leaves, reduce "one-sided mottling" canopy and emergence of basidiocarps on the lower stem. The ability to detect G.boninense at an early stage is crucial to give guidance in deciding the most suitable way for disease control measures so that the number of 1) death palms and 2) disease control cost can be reduced. There are several techniques reported in detecting the disease, including polymerase chain reaction-DNA (PCR-DNA) technique, Enzyme-Linked lmmunosorbent Assays-Polyclonal Antibody (ELISA-PAb), ergosterol extraction with HPLC and TLC. These methods use invasive techniques with several disadvantages, such as tedious procedures, time-consuming, and required skilled personnel.

To overcome these problems, an electronic nose (E-Nose) is used in this research for the early detection of G.boninense in oil palm trees. E-Nose is used as a detector for secondary metabolites (chemical defence metabolites released during the resistance against pathogen and abiotic stressor) based on odours evaluation.

E-noses have several advantages, including rapid analysis for gaseous mixture, non-invasive sample analysis and simple measurement with unique response pattern for each odorant. Furthermore, e-noses are often very small and, therefore, portable. This is particularly important when analysis has to be carried out in the oil palm nurseries and not in laboratories.

E-noses concept mimics the mammalian olfactory systems, capable of detecting many more odorants than the number of receptors it has by utilizing cross-reactive odorant receptors that generate unique response patterns for each odorant. In the same way, an artificial nose combines cross-reactive sensor arrays of semi-selective sensors. Hence, a product with a similar aroma generally results in a similar sensor response pattern (similar "fingerprints"), where as a product with distinct aroma show differences in their patterns (difference "fingerprint).

E-noses have been used for the last two decades in various applicat1ons, including food product, quality assurance, health care, environmental monitoring, cosmetic products, pharmaceuticals, safety and security, indoor air quality, and military. E-noses can be divided into three main components; the vapour delivering system, the sensor arrays and the pattern recognition algorithm. The vapour delivery system controls how the sample is delivered to the sensors array, including sample collection, preconditioning and filtration.

The sensors array consists of a series of gas sensors that shows different sensitivities to different classes of compounds (adsorption, signal generation, desorption). The interaction of volatiles vapour with the ar(ay of sensors provokes a series of signals which are then processed by computer via a pattern recognition program. Pattern recognition technique used for data interpretation is very important for the overall performance of e-noses. Since odours are often a complex mixture of gaseous compounds, e-noses usually only allow qualitative analysis of a multi-component matrix.

Some researchers had reported using an electronic nose to detect root rots in shade tree species. Commercialized PEN3 e-nose (metal oxide sensor) were successfully discriminating between healthy and decayed tree root samples of all tree species tested. It also can discriminate between most fungal etiologic agents of decay tested in roots of five tree species, regardless of the contribution of soil-substrates voes to the complex root aroma mixtures. Therefore, we believe that E-Nose technology can be used as a tool for early diagnostic of G. boninense infected oil palm trees.

We have fabricated E-Nose with metal oxide semiconductors (MOS) gassesors as a sensors array. MPOB Keratong provided the samples to test E-Nose's potential for discrimination between healthy and G. boninense infected oil palm trees. The sample odours from frond no 3 of oil palm seedlings was collected by using nalophan bag as shown in Fig.1. 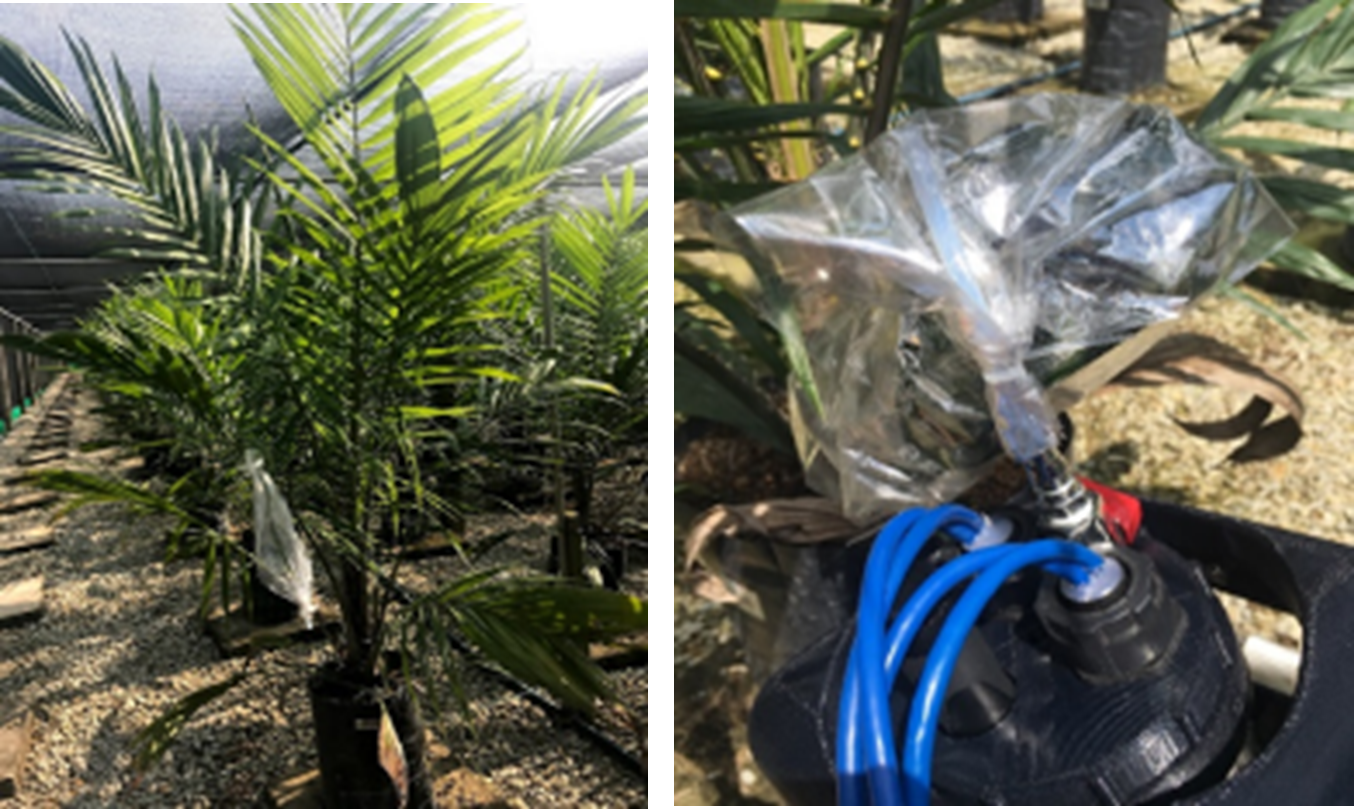 Figure 2 displayed the Orthogonal Partial Least squares discriminant analysis or OPLS-DA of healthy and G.boninense inoculated oil palm seedling. OPLS-DA is supervised modelling in order to determine the factors that can differentiate between groups. According to the figure, the T1, which is healthy and severely infected oil palm seedlings (T4), the first component contributed 49.7% of the total variance and the second component is 50.3%. 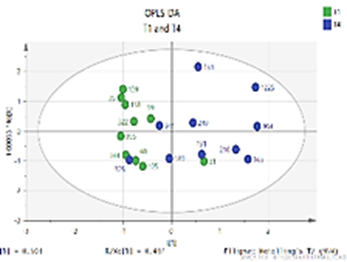 The results of E-Nose showed that the device can discriminate around 50% between infected and healthy oil palm seedlings. However, these results are not satisfactory and need to be improved. Therefore, the new prototype of E-Nose (Fig. 3) will be fabricated that is an upgraded version from the current design of E-Nose, which seems to have several limitations, including ample headspace.

New E-Nose device was designed with small headspace, which can improve the gas sensors' sensitivity to detect odours. Besides, it has a memory reader and wireless connection to mobile for data collection. Since the device is small for handheld, it is suitable for on-site monitoring.

How was Nanotechnology Adopted in Malaysia?